This section will give an overview of the Cancer of stomach and ways to detect it in early-stage and its manifestations, treatment modalities.

The most common disorder affecting stomach is Gastritis, medically called as Acid Peptic Disease. Most of the active working adults will have experienced any one of the symptoms of gastritis at least once in their lives- Heartburn, upper stomach pain, Reflux, bloating, indigestion cramps, etc. Gastritis is much common and simple diet changes and antacids are capable of giving a full cure. Stomach cancer is a completely different entity and this blog seeks to

The principal function of the stomach is to prepare ingested food for digestion and absorption and then pushes it into the small intestine for further breakdown. The initial period of digestion requires that solid components of a meal be stored for several hours while they undergo a reduction in size and break down into their basic metabolic constituents.

Smoking tobacco increases your risk of getting stomach cancer

Achlorhydria- loss of lining membrane cells of the stomach

Gastric polyps. Large and sessile polyps show Mucosal atypia is frequent, and progression from dysplasia to carcinoma in situ has been observed 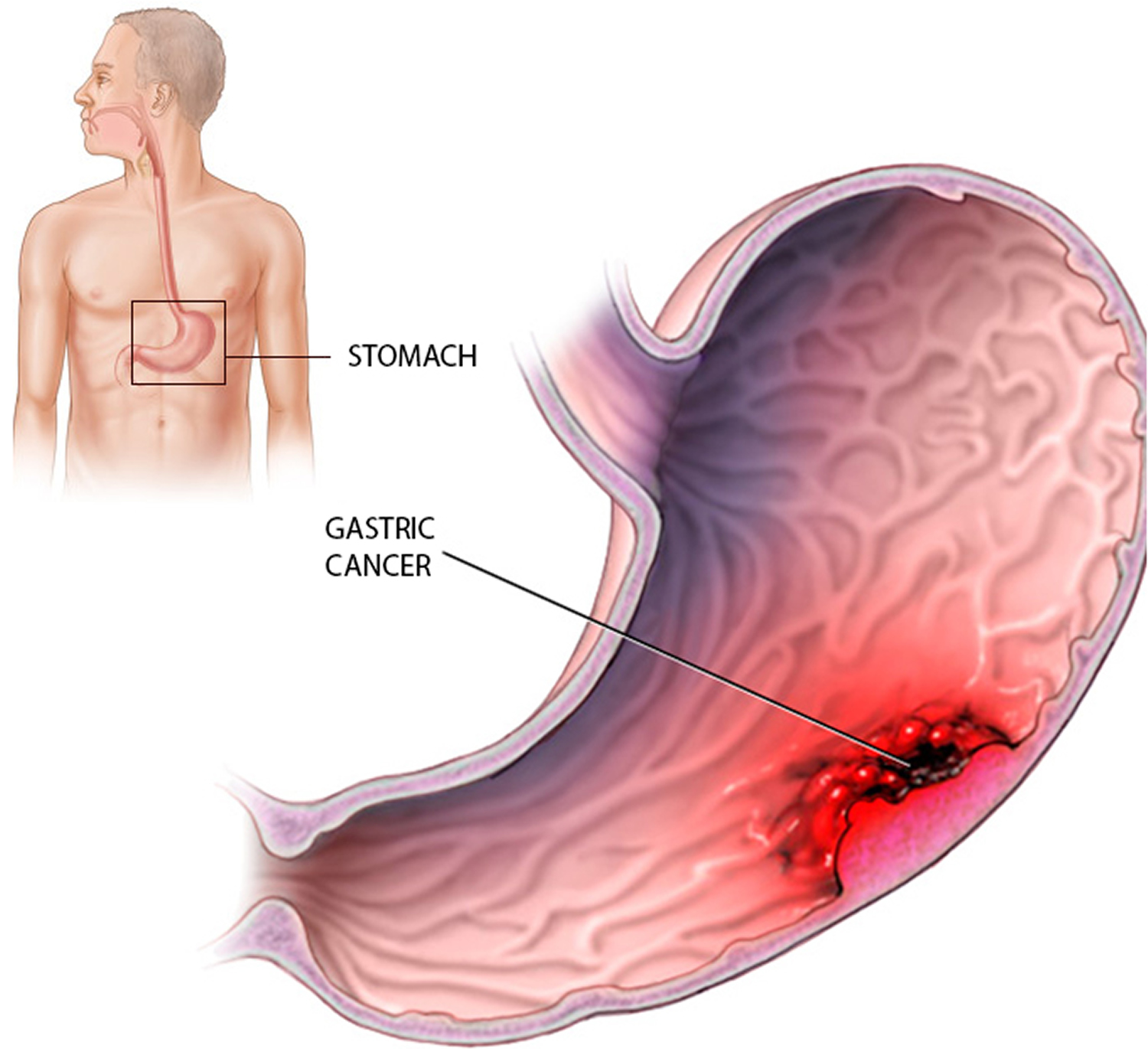 H.pylori Gastritis-H. pylori is a bacteria that live in the mucous of the lining of the stomach. For most people, having an H. pylori infection will not cause any problems. This is not to be mistaken as H.pylori can be treated using antibiotics in symptomatic patients and get cured.  But in some cases, long term infection can cause inflammation and stomach ulcers. Such long-standing untreated ulcers may lead to gastric cancer

Stomach cancer usually goes undetected at an early stage because it often causes vague and non-specific symptoms thereby misleading. When symptoms d occur, they include those listed below. It is important to remember that these symptoms can also be caused by many other illnesses, such as drug-induced gastritis or an ulcer.

Upper GI Endoscopy:  This is a procedure which directly looks at the food pipe, the entire inner lining of the stomach and Upto part II of the duodenum. This is extremely important and enables one to directly visualize for any tumor and biopsy can be taken then itself.

Biopsy: The biopsy of the tumor is taken through endoscopy and examined under a microscope and gives the confirmative diagnosis of stomach cancer and its type ( usually adenocarcinoma). 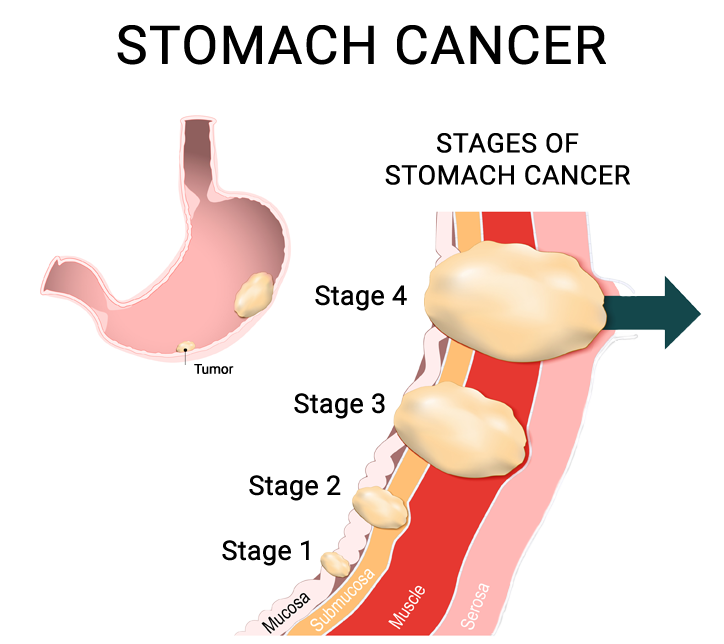 This scan can also show the size and extent of the tumor, any possible infiltration to adjacent structures like the liver,  pancreas, and the extent of lymph nodes spread and any possible spread to the liver (metastases).

PET CT: This is used in doubtful cases to confirm and also to look for spread to distant places like a spine, long bones, lungs, adrenals, etc

Blood Tests: This is done as a routine just to evaluate a patient and to find out any LOW Haemoglobin thus detecting bleeding from a lesion.

The TNM staging system is widely followed and shows the T- a depth of tumor invasion, N- Number of lymph nodes involved, M—presence or absence of distant metastases.

Complete resection of the gastric tumor with a wide margin of normal stomach remains the treatment for operable gastric cancers.

Open surgery is mostly done but sometimes Laparoscopic-assisted is done enables smaller incisions to be used.  For cancers of the lower end (Distal) stomach, including the body and antrum, a distal gastrectomy i.e. removal of the lower part of the stomach is the appropriate operation with the reconstruction of remaining stomach done to jejunum called as gastro-jejunostomy.

All involved lymph nodes will also be removed during surgery.

Post-operatively this specimen is sent for histopathology and shall give valuable information about the complete resection that is tumor margin-free status which denotes complete elimination.

Locally Advanced Gastric Cancer that is deemed unresectable because of adjacent organ involvement, or extensive spread to nodes, liver, etc

Maintained with proper nutrition and will not go for starvation

Metal Stenting- Large tumors blocking the lower end of the stomach can be opened up bypassing Metal stent via endoscopy. This is an endoscopic procedure and enables the patient to continue taking food orally.

For patients with advanced cancer with multiple spreads, surgery is not possible and will not stop disease progression, so the treatment is to continue nutrition and drugs for pain, supportive and emotional care which is called Palliative Care.

The most important thing, therefore, is to maintain a healthy lifestyle, food habits.  The value of endoscopy which can detect early lesions needs to be recognized widely and followed up in common practice. Also, everyone must know that like all tumors early detection of gastric cancer will lead to early treatment and possible cure is the key.