ELCE Hospitals provides Gastro- enteritis or loose motion treatment in Coimbatore.  Gastro- enteritis is a commonly seen condition in the developing countries around the globe. Its seriousness can be gauged from the fact that despite all medical advances , it remains one of the major causes of mortality in children next only to respiratory infections.

It affects both adults and children, but is more severe and may even need hospitalization in the pediatric age group.

Gastro-enteritis is infection of the stomach and intestines. This can cause symptoms ranging from mild to severe diarrhea,vomiting,cramps. A virus, bacterium, or parasite can cause gastroenteritis. The most common cause is viral. Certain medical conditions such as IBD also present initially as diarrhea.

VIRAL: A number of viruses can cause gastroenteritis and they account for most common cause . In most cases, you get infected with the virus from contaminated food or water, also through person-to-person transmission which is possible and also leads to loose motion treatment in Coimbatore.

Bacterial:  bacterial gastroenteritis is much less common than viral cause

Parasites – Amoeba: Amoebas infection of colon is one of the causes of chronic  diarrhea in India. The fact that parasites can get lodged and reproduce in intestine means that patient continues to have symptoms and sheds parasite for a long term leading to gradual loss of weight and poor health and they are pushed to get loose motion treatment in Coimbatore.

Acute gastroenteritis is defined by loose or watery diarrhea that consists of 3 or more bowel movements in a day. Other symptoms may include nausea, vomiting,  or abdominal crampy pain . Symptoms usually last for less than a week, most often improving after 1 to 3 days.

Viral Gastro-enteritis is mostly a Clinical diagnosis only.

Blood counts are taken to look for leucocytosis, Haemoconcentration

Only severe and chronic cases need hospitalization for loose motion treatment in Coimbatore and other tests such as stool routine,

Ct Abdomen – taken in severe cases to rule out any other organic cause such as infection of other organs, abscess etc leading to diarrhea.

The treatment of  gastroenteritis is entirely based on symptomatic support

For infants and children:

The signs of severity in children needing monitoring is

WHO accepted ORS in 1978 as its primary solution to fight diarrhea, the mortality rate for children suffering from acute diarrhea has fallen from 5 million to 1.3 million deaths annually.

The composition of the new, reduced osmolarity ORS sachet , as recommended by WHO, is as follows:
• Sodium chloride—2.6 g
• Glucose (anhydrous)—13.5 g
• Potassium chloride—1.5 g
• Trisodium citrate dehydrate—2.9 g
The new ORS was launched by WHO in January 2004 and in India in June 2004.

Dissolve the sachet in 1L of drinking water and to be given to child as much as child is able to drink. In infants, give 5 tsp every half an hour and then increase slowly.

This has been demonstrated to reduce the need for hospitalization, need for IV therapy by more than 30%.

When a child gets symptoms of severe dehydration, he must be promptly taken for medical care and hospitalisation for loose motion treatment in Coimbatore if needed to prevent secondary infections .

Few bowel diseases in adults present as chronic diarrhea but these are quite rare such as IBD, proctitis, colitis,Enteropathies , coeliac sprue, Crohns Disease.

These are not common causes and need  detailed evaluation and colonoscopy .

IBD , colonoscopy have been explained in a detail manner in our previous blog on IBD, Colonoscopy.

Wash your hands thoroughly. And teach hand washing with soap to children. Teach your children to wash hands regularly, especially after using the toilet. It’s always good to use warm water and soap, rubbing hands vigorously for at least 20 seconds. 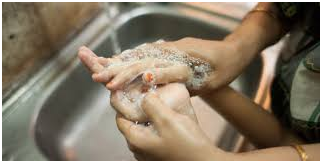 Avoiding Certain Foods and Substances Stay away from caffeine; alcohol; dairy products; and fatty, sugary, or spicy foods until you start to feel better.

Drink only boiled water: especially during rainy season and while travelling. Children should be given proper boiled and cooled water only. 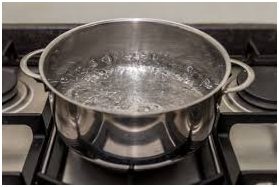 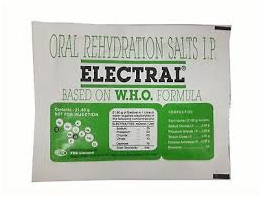 Gastro-enteritis is a common problem and careful preventive measures are the effective line of defense. Proper hand washing , well cooked meals, boiled water are the best ways to prevent bowel infections and to maintain overall healthy habits. If anyone fails to undertake these preventive measures they are moved to severity in the problem that leads to hospitalization for loose motion treatment in Coimbatore.

The above points needs to be stressed for young families/mothers  with infants, young children and shall go a long way in keeping a family healthy and safe.